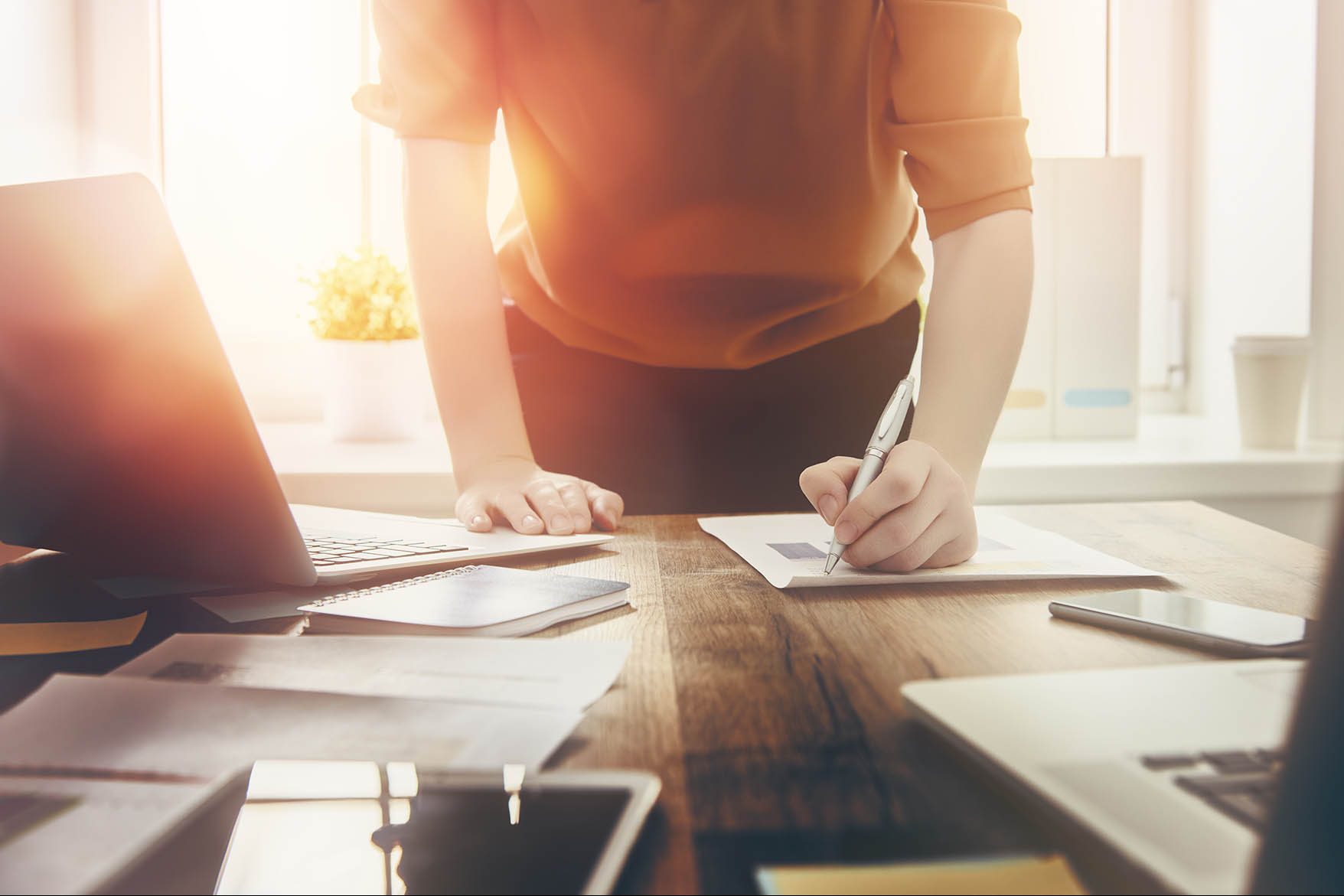 Posted at 15:22h in Messages by Dave Burgess 0 Comments

Luke 14:1, 7-14
1On one occasion when Jesus was going to the house of a leader of the Pharisees to eat a meal on the sabbath, they were watching him closely.
7When he noticed how the guests chose the places of honor, he told them a parable. 8″When you are invited by someone to a wedding banquet, do not sit down at the place of honor, in case someone more distinguished than you has been invited by your host; 9and the host who invited both of you may come and say to you, ‘Give this person your place’, and then in disgrace you would start to take the lowest place. 10But when you are invited, go and sit down at the lowest place, so that when your host comes, he may say to you, ‘Friend, move up higher’; then you will be honored in the presence of all who sit at the table with you. 11For all who exalt themselves will be humbled, and those who humble themselves will be exalted.”
12He said also to the one who had invited him, “When you give a luncheon or a dinner, do not invite your friends or your brothers or your relatives or rich neighbors, in case they may invite you in return, and you would be repaid. 13But when you give a banquet, invite the poor, the crippled, the lame, and the blind. 14And you will be blessed, because they cannot repay you, for you will be repaid at the resurrection of the righteous.”

At this point in His ministry, every eye is on Jesus – some are curious, others are hopeful, and a significant number is waiting for him to slip up. He does not flee from the attention…On the contrary, he enters the lion’s den of a leading Pharisee for dinner. They are watching him, and Jesus is watching them. He notices everyone is scrambling to take the places of honor around the table…trying to get to the top…to be noticed…
He begins to tell a story…of people sitting out of place and thinking out of place. It’s a story of pride and humility…and what each leads to in our lives.
Jesus offers challenging words for those whose eyes were on Jesus but were blind to their folly. There’s a better way…
It reminds me of another story…
Philip Yancey recounts this story about a most unusual wedding banquet in Boston back in 1990.
“Accompanied by her fiancé, a woman went to the Hyatt Hotel in downtown Boston and ordered the meal. The two of them pored over the menu, made selections of china and silver, and pointed to pictures of the flower arrangements they liked. They both had expensive taste, and the bill came to thirteen thousand dollars. After leaving a check for half that amount as down payment, the couple went home to flip through books of wedding announcements.
The day the announcements were supposed to hit the mailbox, the potential groom got cold feet. “I’m just not sure,” he said. “It’s a big commitment. Let’s think about this a little longer.”
When his angry fiancée returned to the Hyatt to cancel the banquet, the Events Manager could not have been more understanding. “The same thing happened to me, Honey,” she said, and told the story of her own broken engagement. But about the refund, she had bad news. “The contract is binding. You’re only entitled to thirteen hundred dollars back. You have two options: to forfeit the rest of the down payment, or go ahead with the banquet. I’m sorry. Really, I am.”
It seemed crazy, but the more the jilted bride thought about it, the more she liked the idea of going ahead with the party—–not a wedding banquet, mind you, but a big blowout. Ten years before, this same woman had been living in a homeless shelter. She had got back on her feet, found a good job, and set aside a sizable nest egg. Now she had the wild notion of using her savings to treat the down-and-outs of Boston to a night on the town.
And so it was that in June of 1990 the Hyatt Hotel in downtown Boston hosted a party such as it had never seen before. The hostess changed the menu to boneless chicken—–“in honor of the groom,” she said—and sent invitations to rescue missions and homeless shelters. That warm summer night, people who were used to peeling half-gnawed pizza off the cardboard dined instead on chicken cordon bleu. Hyatt waiters in tuxedos served hors d’oeuvres to senior citizens propped up by crutches and aluminum walkers. Bag ladies, vagrants and addicts took one night off from the hard life on the sidewalks outside and instead sipped champagne, ate chocolate wedding cake, and danced to big-band melodies late into the night.”

Hebrews 13:1-8, 15-16
1Let mutual love continue. 2Do not neglect to show hospitality to strangers, for by doing that some have entertained angels without knowing it. 3Remember those who are in prison, as though you were in prison with them; those who are being tortured, as though you yourselves were being tortured. 4Let marriage be held in honor by all, and let the marriage bed be kept undefiled; for God will judge fornicators and adulterers. 5Keep your lives free from the love of money, and be content with what you have; for he has said, “I will never leave you or forsake you.” 6So we can say with confidence, “The Lord is my helper; I will not be afraid. What can anyone do to me?”
7Remember your leaders, those who spoke the word of God to you; consider the outcome of their way of life, and imitate their faith. 8Jesus Christ is the same yesterday and today and forever.
15Through him, then, let us continually offer a sacrifice of praise to God, that is, the fruit of lips that confess his name. 16Do not neglect to do good and to share what you have, for such sacrifices are pleasing to God.

We have one cabinet in the house filled with board games…We have more than 20 game boxes, but I don’t think we have any dice. I don’t think we’re the only one. I LOVE board games, but have you ever thought about the ones we play?

It’s all in good fun, but think about the message it sends or the culture it reinforces. It’s all about winning, prestige, conquering.
What makes the world go around? Money? Things? Fame? Victory? Is there something more? There has to be.
For the past few weeks, we’ve been meeting every Wednesday evening for the Dave Ramsay course, “Financial Peace University,” and it has been fantastic. It’s a program designed to give guidance, provide structure, and ease anxiety. Dave talks about the right way to plan our lives financially. We get out of debt, we save, we invest, and then we give generously. Money is not the root of evil – the Bible says, “Keep your lives free from the love of money, and be content with what you have.”
It’s not just a course for young people, and we have all ages benefiting from it now. If you missed this round, we’re going to offer it again in mid-October.
What is a good Return on investment (ROI)? Financial…4% 6% 8%? …. But, what about life? In what are we investing our time, talent, and energy? What are we hoping will come from our efforts…our lives?

In the first reading, Jesus chastises those who want prestige, notoriety, and acclaim. Don’t think yourselves better than another.
“Mutual Love”

1. Mutual
a. Community
i. Love those just on the inside? Just like us?
ii. The next line is, “Do not neglect to show hospitality to strangers.”
iii. Prison, Tortured, Personal holiness…
b. Reciprocity
i. “If we have no peace, it is because we have forgotten that we belong to each other.” – Mother Teresa
c. Investment
i. The church does not run because of one person or family. It’s not my church. It was here before me, and it will be here after me.
ii. Christ alone is head of the church.
iii. We are stronger together. It’s why we worship together. Volunteer together. Give together. The more we invest, the higher the return will be.
2. Love
a. Sacrificial
b. It doesn’t mean everything is going to go how we want or anticipate.
i. Life doesn’t always go according to the best laid plans of mice and men.
c. Wedding Party Story
i. The bride could have forfeited her investment. Instead, she chose to continue with the party and welcome everyone.
ii. It’s what we do with our disappointment and heartache.
You will be blessed because they cannot repay you – that’s the way the church operates… Jesus paid it all…This world and the next… Heidelberg Catechism – “He has fully paid for all my sins…”
Payback – Quid Pro Quo. It’s not we get this for that…We give this because we’ve already received that – grace upon grace – the forgiveness of sins.
Pantry – your food? Closet – your clothes?
So, in this world where everyone is looking for the greatest return…Get rich quick…Ponzi schemes…pyramid…It’s all Monopoly money. It’s a Trivial Pursuit…if our hearts aren’t beating for each other…if we fail to continue with mutual love.